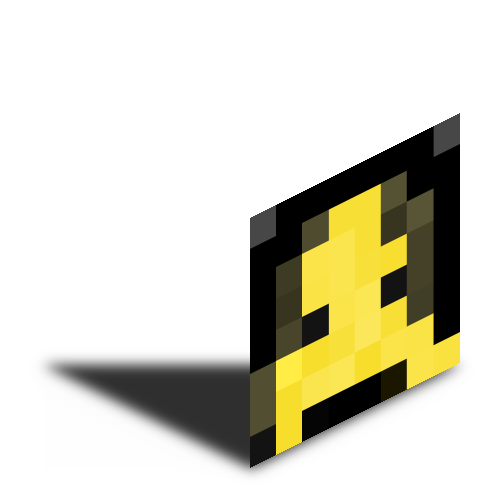 I think these accusations of freecam cegg are ridiculous because of the shit construction of the base. Bedrock shell with obsidian around it, and then cobblestone around that and then water around the cobble. We were able to break the cobble because Hontiris removed the layer of Heal signs lining the shell. With no water (or exploiting signs) to protect the walls we were able to use a cegg to make a hole. Freecam is not necessary as you can place a creeper and light it with flint and steel before it falls away from you. Once we broke the cobble shell(on the wall) we exposed the obsidian. Since we broke the wall and not the ceiling, water did not fall from the top. There were no solid surfaces to place ceggs so instead we flew up as high as we could next to the obsidian, placing ceggs and lighting them as they fell. Obviously, you do this enough in the same spot on the wall and ghe creeper explodes in the same spot. After creating a hole you can place more ceggs in it and light them with flint and steel. This is hardly hacking and moreso exploiting a poorly designed base. Were it not for the owner removing the donator Heal signs which cant be broken by ceggs and is itself an exploit, then no one wouldve been able to raid the base. What surprised me the most is I even showed Infamous raider the game mechanics we used to break in and demonstrated it with a cegg. Maybe when I get on I can create a dummy obby wall and break it to show how full of shit this is. To me, this seems like an abuse of staff. Infamous was clearly angry(and biased) against akatsuki because he himself is part of the faction that akatsuki raided. And further, he still chose to ban over freecam ceggs AFTER i showed him it was fully possible to raid without it. That's plain fucking dishonest and shameful behavior.

If the survival mods banned me for swearing I hope their uptight asses ip ban kark permanently.

Since the moment I joined the server, players both new and old complained of their bases being raided with creeper eggs or with no point of entry, seemingly pointing to someone using a hacked client. Allow me to explain the advantages using a hacked client in factions allows you, but before then, an example of a base that would be practically un-raidable. At least, extremely difficult to raid.

Example: a cube or rectangular shaped base within one chunk. Half slabs placed at the very top with the top of the base at the server's build limit, with one block space to spare for water.  f claim a one chunk area around it to prevent sponges from being used. Make this base floating in the air(by default it'd have to be). Sand blocks that hit the sides will simply fall. If you managed to get one up top, half slabs turn it into an entity. a layer of water underneath the base too. Now, the only plausible way to raid would be to shoot an ungodly amount of sand under the base to build it up to the point where it displaces the water. Practically speaking, impossible. Water in the corners as well so as to not leave any gaps that the game will treat as air. Creepers on their own will literally do nothing to a base built like this.

In comes freecam. Freecam, otherwise known as noclip, allows you to interact with blocks within the range of your character model. So if you were, say, flying right next to a base where placing a creeper on the outside would simply have it's explosion neutered by a layer of water, you could place an egg on the other side of that wall.

Let's say you put another layer of water inside the base. Now the only thing in the way is the wall. Well, noclip allows you to fly inside of a block.

For a faction server this is such a mind numbingly great advantage, right?

I like to mention that I was a server admin a lot right?
Well, ima mention it again because.
SIX YEARS AGO.
mfers thought they were slick on our faction server too and did shit like this.
So we got an anti cheat that calculated the block a player model was looking at, vs one it was interacting with, and it would boot if the two conflicted.
Fucking simple right.

If that's too OP, there's plugins that will allow tnt to penetrate water, albeit much more slowly.
Even that would be more fair than a certain faction running amok suspected of using this exploit.

For fucks sake fix this.

Highly agree with everything said here. Shop prices drive the economy and as of now they are shit. I have also happened upon xray holes all over wild and the absence of staff makes it pretty worthless to report since it's so rampant. I used to admin for a server years ago and it would take two seconds to use commands to see who broke a block and to restore a chunk to see if they went straight for ores. A mod or admin, even a paid one, would also greatly improve the server. I'm not volunteering myself as I have shit to do, as I'm sure the owner does as well. Combine a rotation of staff where there is at least one on most of the time (have staff who live in different timezones) and anticheats, and a lot of the server drama will go away entirely. Having features that help newbies will also help the server grow a ton.

A Few Suggestions for Factions

Enderpearl reenabled with a cooldown/disabled during combat
I was admin on a server about 6 years ago that was also factions and we had the same problem of people getting into bases with enderpearls. We added a cooldown period and that stopped it. On a related note, there's a similar glitch but with creeper eggs. Don't know how to solve that one

The server I was admin for had an average of 60-100 max people on it at all times  and even with a worldborder of 50k bases were still found all the time. This server is maybe half the size and during certain times has less than 15 people on factions alone. 12k seems a bit small for overworld, some may disagree.

This is a big one. As of now it's incredibly difficult to make money and is very inaccessible to new players. Jobs is an easy way to make at least a small enough income which would incentivize newer players staying.

MCMMO skill loss with death-disable that
Personally, mcmmo is one of my favorite plugins to have. However, factions is pvp and the possibility of dying and losing mcmmo skill because of it is a strong motivator for me to stay the fuck away from PvP.